Available in Western Red Cedar only.

Shipping 84% off standard Freight rates to all 50 states. 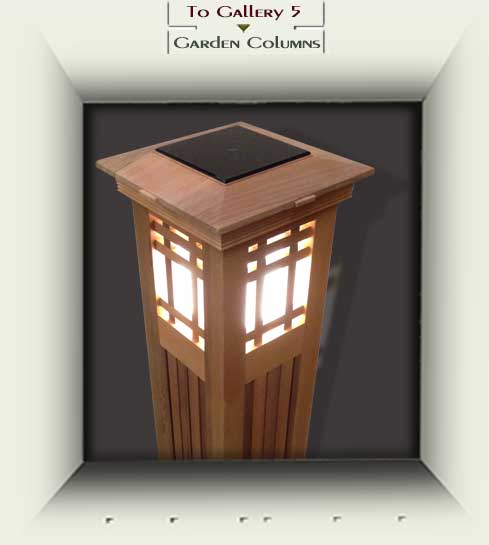 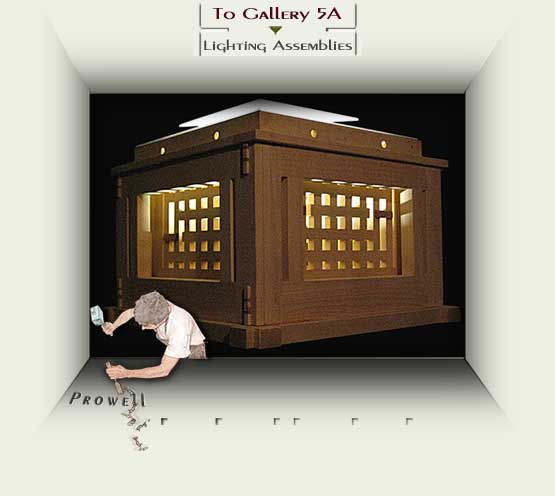 The history of our Wood Columns goes back several years. Originating as a need to provide a more presentable feature for those Driveway Gates utilizing steel posts, we developed a Post Wrap, based upon the same principles of wood expansion and joined stiles- and-rails as the gates themselves. Understanding that the common Gate Wraps will almost always result in checking, cupping, and certainly the joints of four sides themselves seeing some separation, the first generation of Prowell’s Outdoor Column was born, alleviating all these issues within the existing genre.

In time, as with virtually every prototype born in the Prowell shop, there are revisions and improvements that will in many cases continue for the duration of the product’s exposure. The columns went from incandescent to LED fixture, essentially eliminating the cumbersome task of replacing bulbs. And as orders came in to accompany specific gate designs, the column styles grew to the current twelve offerings.

At some juncture we expanded from the premise of an Exterior Column that flanks the Gate to create a combination Exterior Light that also serves as Garden Art. A free-standing Garden Column featuring open grids on all four sides, providing 360-degrees of soft illumination: A Garden Bollard Light with the signatory Prowell feature of an Architectural aesthetic.

Because our products tend to subject themselves to a never-ending course of modified designs and multiple uses, we turned at some juncture to refining the column caps as a single tier offering with a series of weep holes allowing light to be thrown onto the underside eaves of the upper tier for an appealing, somewhat startling affect when viewed in total darkness.

Expanding on this principal design, we began work on a series of much larger Wood Columns. Extending to four-feet square by ten-feet height, and deemed more as an Architectural Tower.

Work continues, as we write, on a series of new designs developed for both municipal and residential use.. As an Exterior Lighting Fixture with the same recognizable grids and designs known to Prowell Woodworks. Developed to mount onto stone or masonry columns. These are currently available as a closed gallery only.

We are happy to consider jpegs or snapshots of your landscape and architecture in this efforts to design your needs to its surrounding precedents.

We hope you enjoy the gallery and return from time to time for the omnipresent changes and improvements to this product line that will eventually play a large part in the free-standing assemblies and structures still on the drawing board and as yet to reach the actual prototype stage.