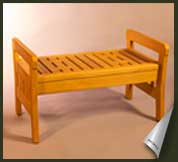 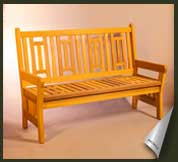 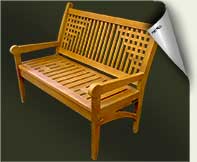 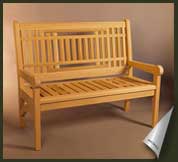 >> To Swing Hardware and Specs 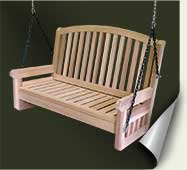 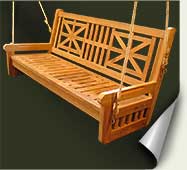 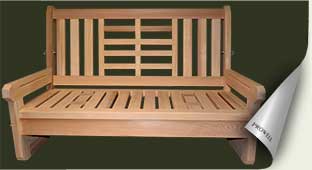 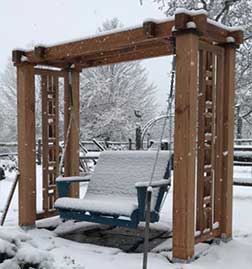 Thinking of squeaking swings and  suddenly the woodworker is young again, brought back to a magical stretch of years so long ago.

Late in the summer we would sit on the back porch of our sprawling old farmhouse, fanning ourselves, talking. From the barn a hundred yards off the pet Palomino we called simply Horse would make a noise, followed a moment later by an answer from our one milk cow we called simply Cow and that in turn followed the sounds of our two pet sows we called simply Pig One and Pig Two.

Countless evenings passed like this. Mother standing over a chair with bobby pins pursed between her lips setting curlers in my oldest sister’s hair and me on the far porch swing with Aunt Dee and my middle sister in the opposite swing with Aunt Bim and if it was Saturday night my great grandmother would be inside at the television, smoking her pipe drawn from an old tin of pipes, yelling at the ref for missing an infraction, an illegal full nelson by a wrestler in a cowboy hat.

At the porch my father standing with his trousers hiked up over his boots, staring into the changing light as the sun dropped down behind Kickapoo Ridge a mile off and every so often flicking the screen to send a fat clinging June bug somersaulting back toward the yard. Back where it belongs with the fireflies and mosquitoes and those black flies big enough to choke on.

Uneventful is what mostly comes to mind. The sound of the chains riding against the swing hooks on the ceiling and Cow and Horse and Pigs talking in the barn and ten thousand crickets in a cricket-symphony along the river punctuated by a holler from the living room and Aunt Dee making funny sounds to mimic a good scalp scrubbing while running her fingers through my hair as I leafed a photo book of Civil War Battles. From the opposite swing Aunt Bim grazing her open palm along my middle sister’s arm as she leafed through one of her horse books and when she found something she liked Bim would nod and because she ran the Alterations shop in town, yet another likeness of yet another horse photograph would show up embroidered on yet another one of my middle sister’s identical white blouses.

At some point we would be rewarded with a breeze. It would come up slowly once the sky had gone from blue to blood red to a fluctuating purple hanging off the horizon over the ridge like a changing kaleidoscope. Working its way down off the Kickapoo gorge and along the river to carry over the lower dell and up the rise of the lawn and onto the screened-in back porch to graze our cheeks with the relief of a swamp cooler. We would turn collectively toward the canopy of cottonwoods along the river, turn head-on toward the breeze as darkness settled in and as a lone car might approach the bridge from Given’s Corner, creeping up onto the elevated bridegboards and then the clap of the loose oak planks before dipping back down onto the roadbed with the headlights bobbing to the sound of shifting gravel and if I remember any one of those hundreds of identical summer evenings it would be when we first heard proof of the albino’s voice. Singing up off the river, lifting out from the cover of the thicket and the stand of cottonwoods and sycamores to wend its way up over the lower pasture like the Messiah. A clear, sustained medley of alternating octaves that silenced the crickets and the bullfrogs and had us all on our feet, pressed to the screen, knowing for the first time how it was more than a mere rumor, more than fanciful exaggerations appearing sporadically over the past 185 years in the hand-written planting logs stashed in the attics of every single one of the forty-seven farms situated along southern Illinois’ Salt Fork River.

Although I can’t say what the others were thinking, I myself imagined running down to the river, in the dark, barefoot over Slave Hill and through the cool basket grass below and along a riverbank pocked with snake holes to rout the legend from the thicket and lock it into a full nelson and drag it up into civilization, into the light of the moon and thereby, at eleven years old, accomplishing something magnificent. Something legendary.

>>>BACK TO PROWELL HOME