A slight departure here, illustrating both upper and lower pickets. Why? Well, it seems our patron has a small dog who takes an unseemly interest in what occurs beyond the border of his domain. And as is with all practical ideas, the design has struck a chord with innumerable dog lovers. 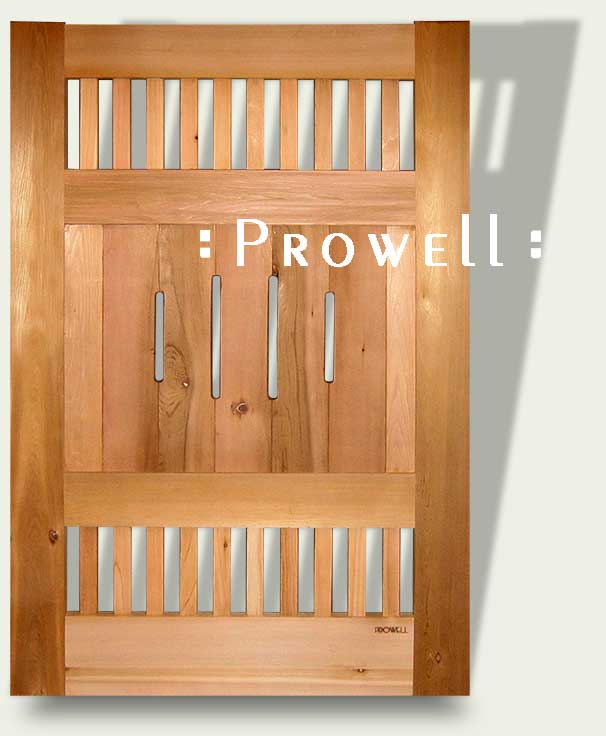 Adding a little color to our two wooden garden gate designs in Santa Cruz, California can be a bold choice. Why orange? The Bird of Paradise, blooming orange to the left of the left Garden Gate, dictated this decision by our patron.

One of three destinations along the California coast Charles returns to almost every September and August for decades. Two blocks west of this residence is Happy Cove, at 17th and East Cliff Drive, where the waves break at a consistent 5-ft height. Four hours south is the Inn on the Beach, in the old hippie enclave at the end of Seaward Ave on the south edge of Ventura, coupled with the Olivas Golf Course 5 minutes down the coast. Another four hours south is the excellent Pacific Beach Cottages, built in the 30’s with its lodge-like 12′ wide ocean-facing porch, and a choice of golf between Tory Pines and Coronado.

It’s encouraging, and even reassuring, to know that the three destinations are littered with Prowell commissions. Long ago, when work was relegated predominantly to the California coastal corridor, Charles would gather up several projects and deliver them personally, combining this outing with a respite of body surfing and golf and the rediscovery of the few remaining gems of California old.

Granted, the color seems to work on a Spanish Colonial residence, and even perhaps an Eichler-style 1950’s home, but that’s about it. Do not try this with your Chicago Bungalow or your Neo Classical Federalist or your Dutch Tudor or your Palatial Gothic or, gawd forbid, on your San Franciscan Victorian,  and if you’re considering it with a New England Salt Box, the roots of your behavioral genetics may be better suited for anywhere but New England. An orange wood gate will stand alone on such sites, snubbed by the high-mindedness of your Federalist Corbels. 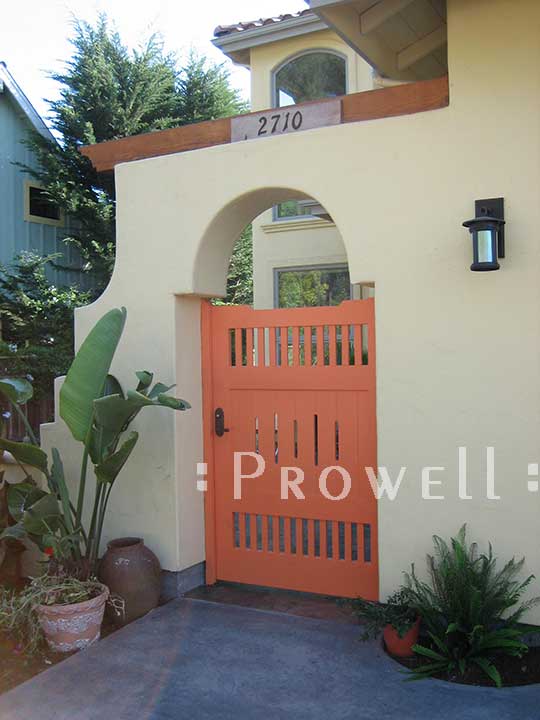 The original wood garden gates #45 from a 1993 photo in Marin County, California. As an access to a lush inner atrium. 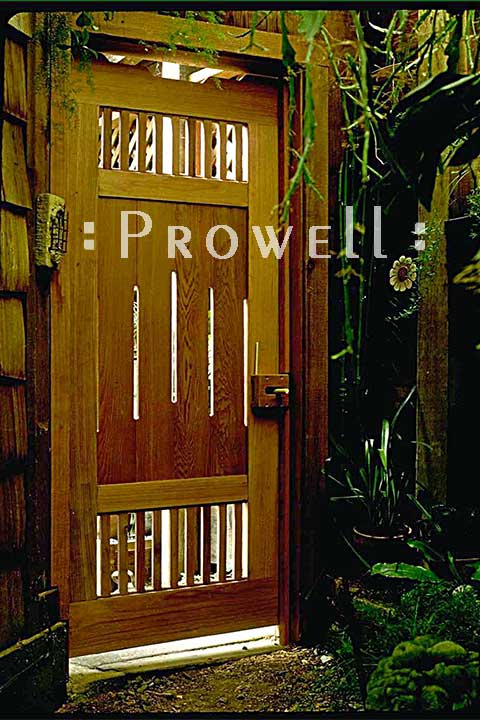 There are no other gate styles similar to #45