Garden Gate #211 is an excursion into the illusion of the three-dimensional, vanishing perspective gate.

What does that mean?
1) Definition: Creating the illusion of 3-D depth from a 2-D platform.
2) Definition: Considering an object or entity from a point of removal, such as how succeeding generations view an act of history with a continuum that is influenced, but distinct. e.g. as Milan Kundera suggests, the soldier who served under Stalin was tutored in obedience to the greater cause, while somewhat disturbed with the ruthless dismissal of human life. That soldier’s son, born at the time of Stalin’s death, hears his father’s stories and, upon reaching maturity, makes his own assessment regarding Stalin as a considerably less benevolent figure who exemplified the strength of cruelty. The soldier’s granddaughter, born 25 years after Stalin’s death, listens to her father’s assessment and upon reaching maturity, arrives at a perspective influenced by present-day revelations on history and firmly holds Stalin’s place in history as a rampaging cold-blooded murderer on a scale far exceeding Adolf Hitler. The graduations from the soldier to his granddaughter can syntactically be referred to as Vanishing Perspectives. 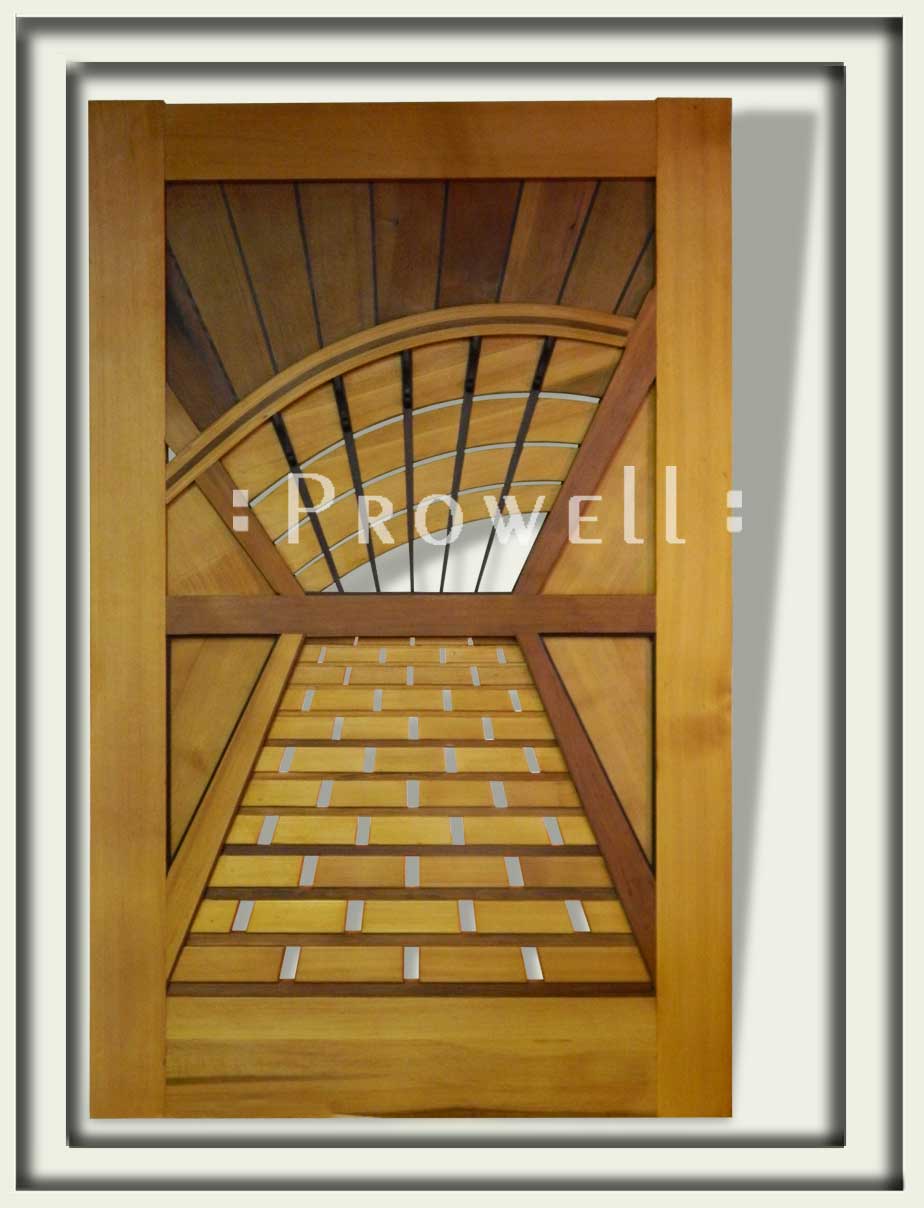 The back, or property side of the three-dimensional gate #211. 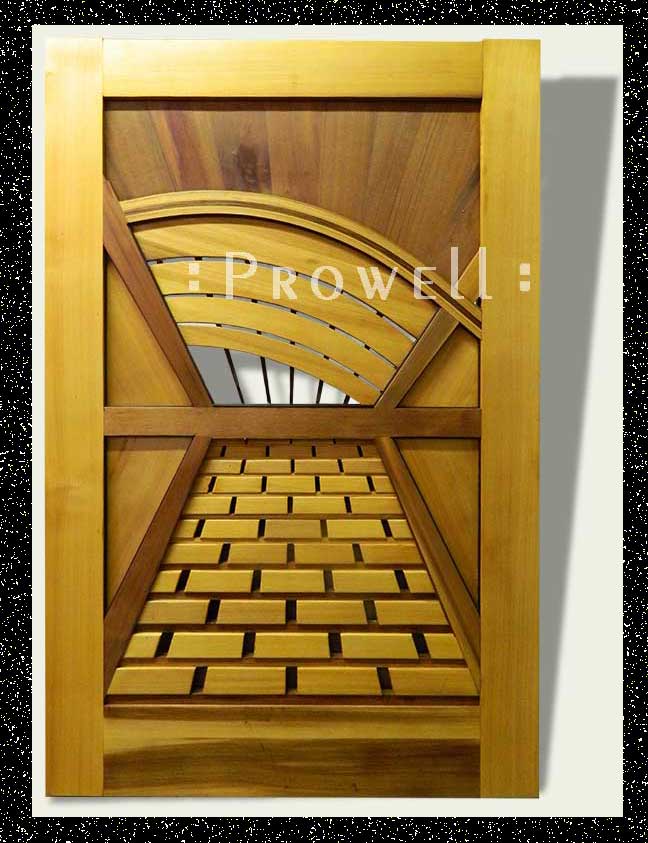 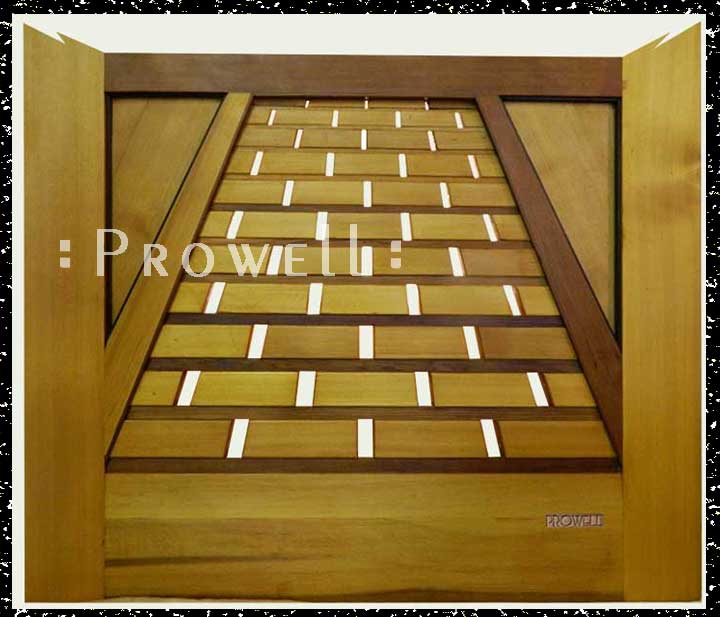 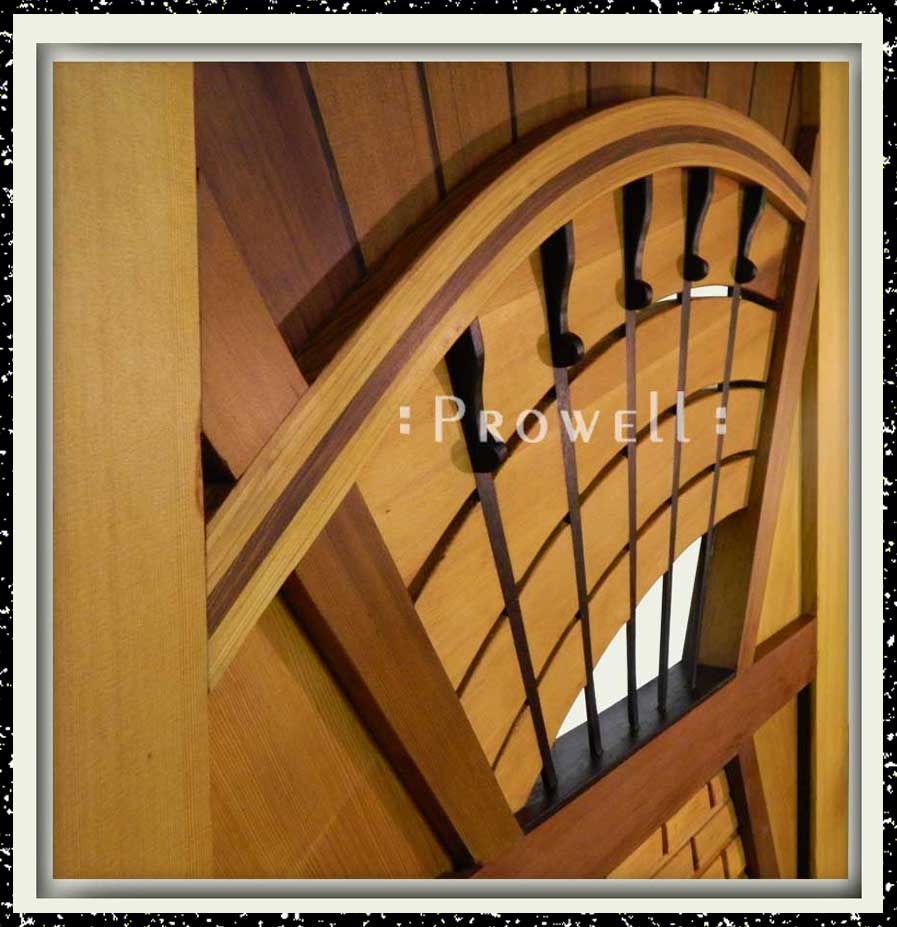 Determining the disappearing perspective  on the drafting board began with the tutelage of Charles’ mother, a painter and illustrator. It was revisited in college, and over and over throughout the last 40 or so years. 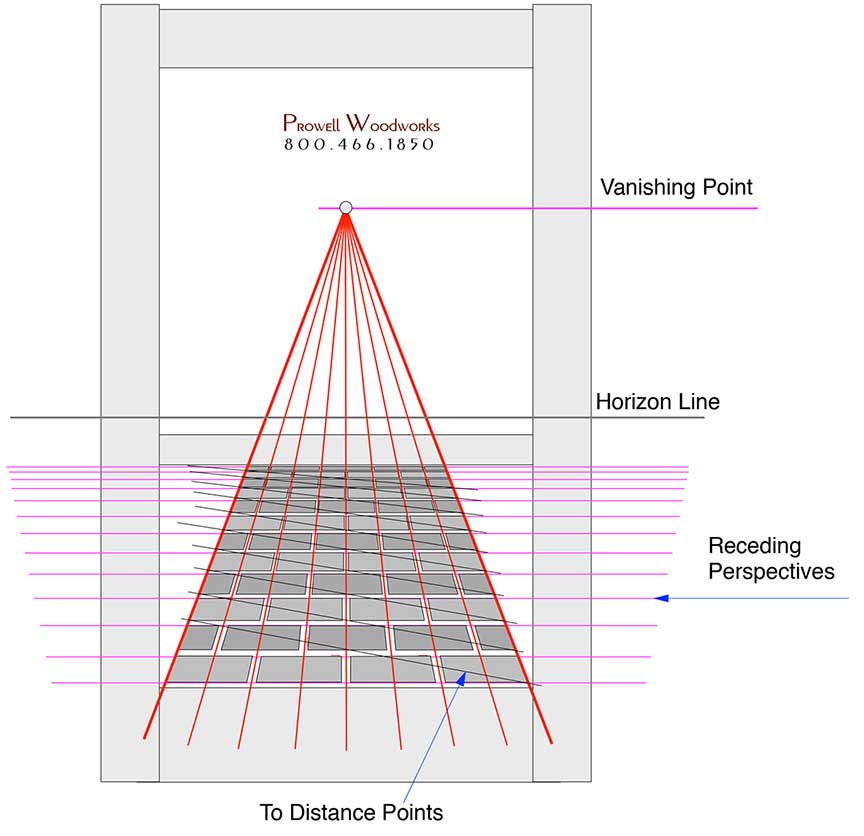 The tangible layout of the lower perspective is not drawn from a patterned slab, but in fact a series of blocks. Every one of them is a different length, width, angle, and thickness. As well as the variable spacing between the blocks and the rows. A receding yellow brick road. 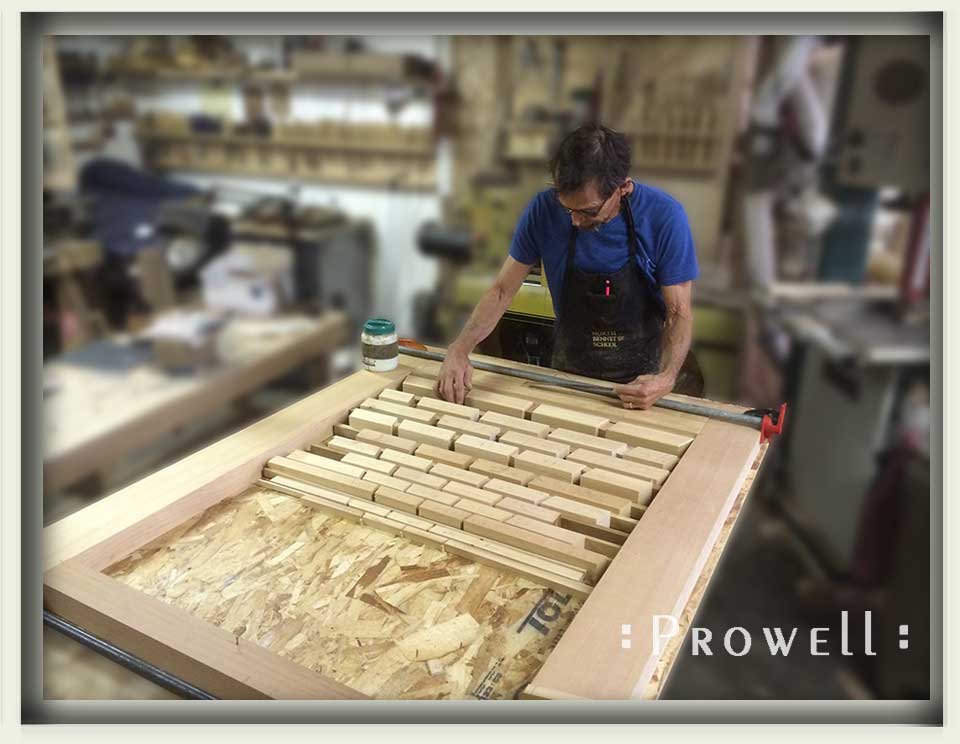 To our competitors –if they exist–it must appear laughably inefficient.  The puzzle pieces to  any Trompe L’oeil must follow the geometry of multiple vanishing points. 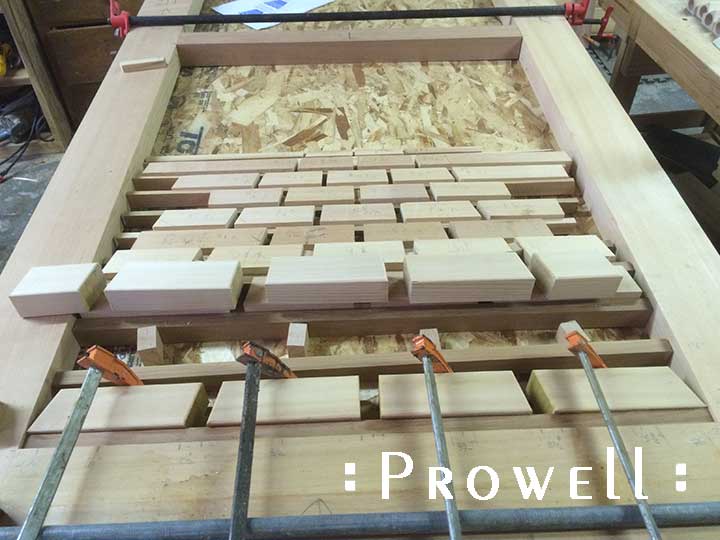 As with any of the more complex gates designs, there is often only a vague image, languishing in Charles’ mind. An ephemeral end spiked with opportunities to change course at every juncture of the process. That image for the #211 was the illusion of a disappearing perspective. 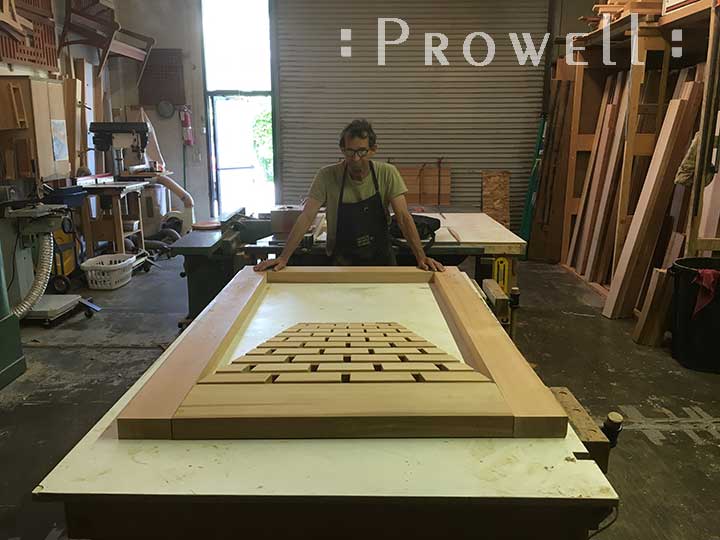 A division, introduce to demarcate the lower yellow brick road lower from whatever follows within the upper section. 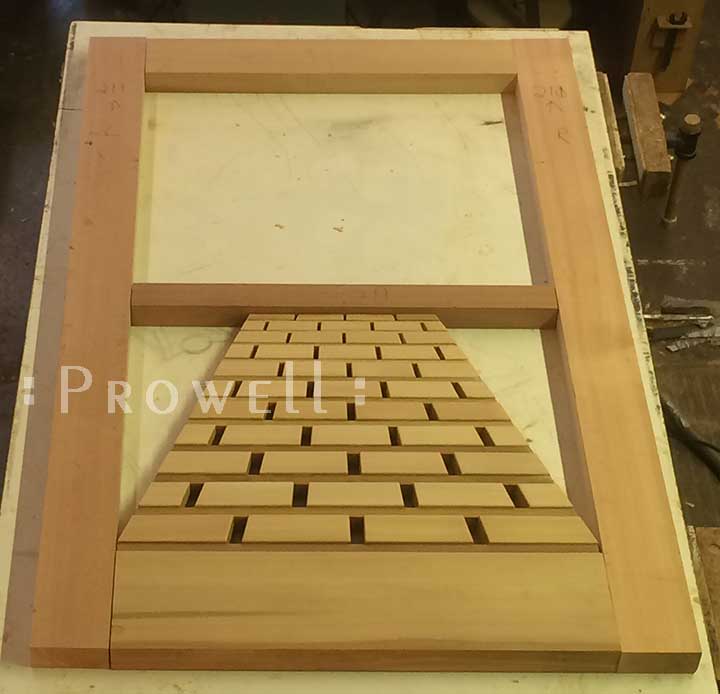 Flanking shoulders tapered to frame the vanishing perspective of the lower blocks such that the viewer’s eyes don’t go cattywampas. 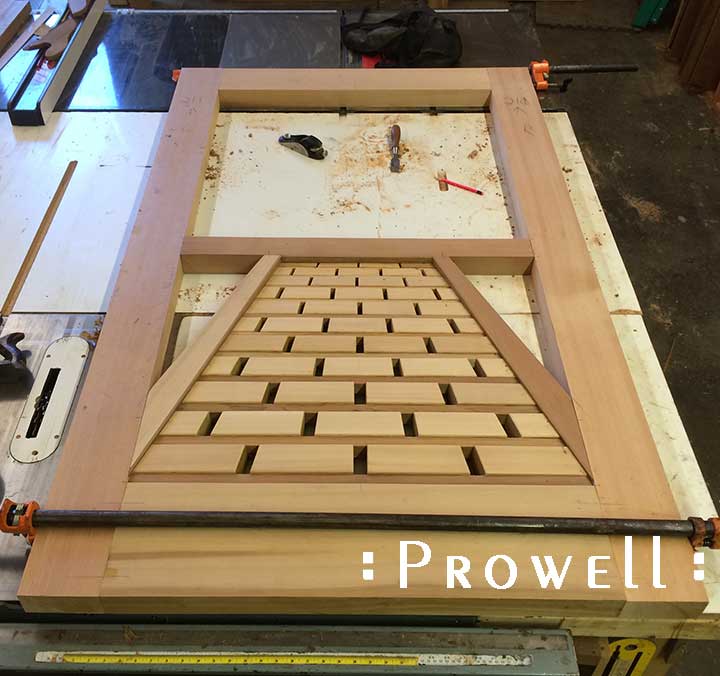 Laminating a biased arc and suddenly there is a ballast. The eye can no longer dwell interminably on the disappearing perspective of the lower blocks. 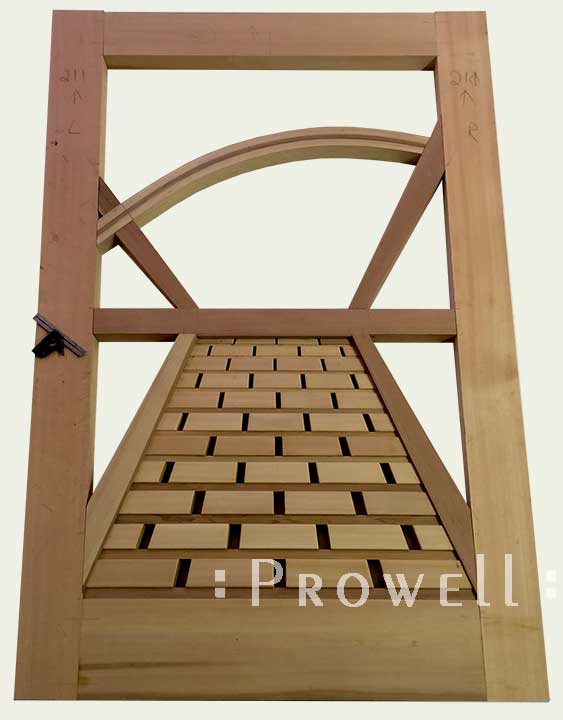 The upper pattern begins to establish itself apart from the lower. Begins to insist on the equal representation of the whole. 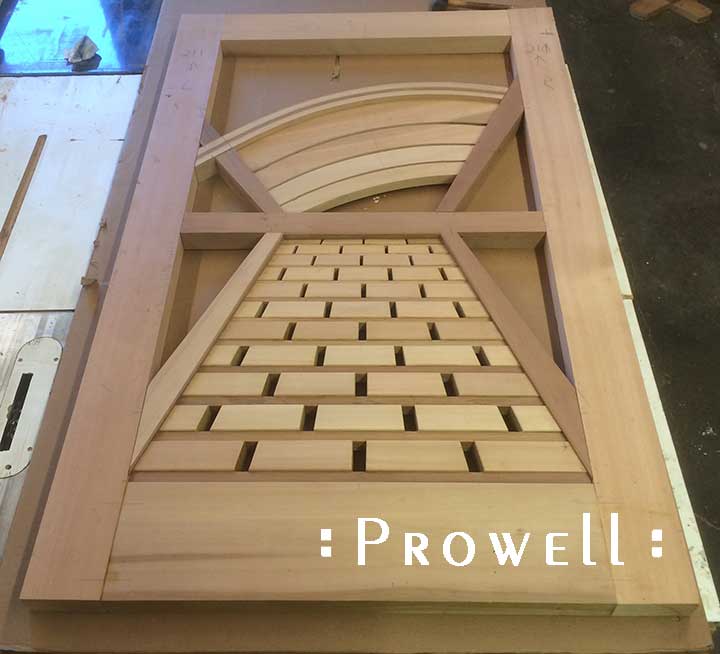 But it asks for more. Something more in a struggle to establish an identity and if we listen, listen to the Upper, it will naturally continue to ask for more, and more, until the Upper itself becomes the headliner.

So . . . Inlaying a series of wenge perspective coordinates into the upper canopy. 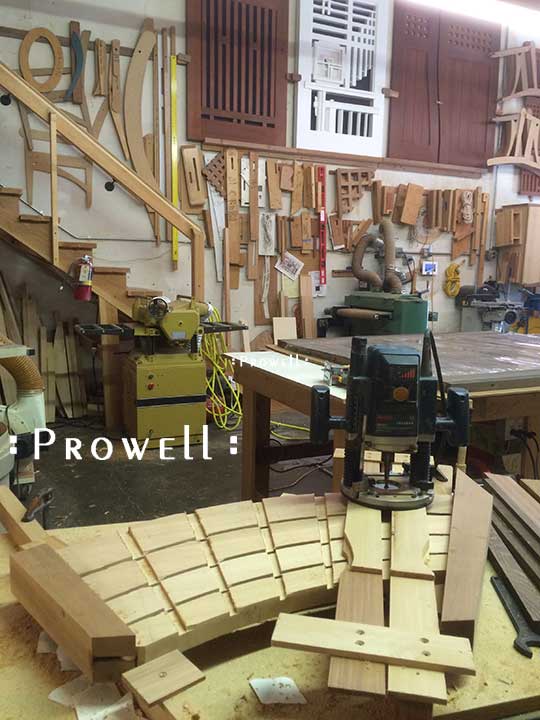 The Upper section of our trompe l’oeil is happy . . . or happ-ier. Drawing its share of your attention in the behavioral manner anything with molecules can understand. “Look at me.” 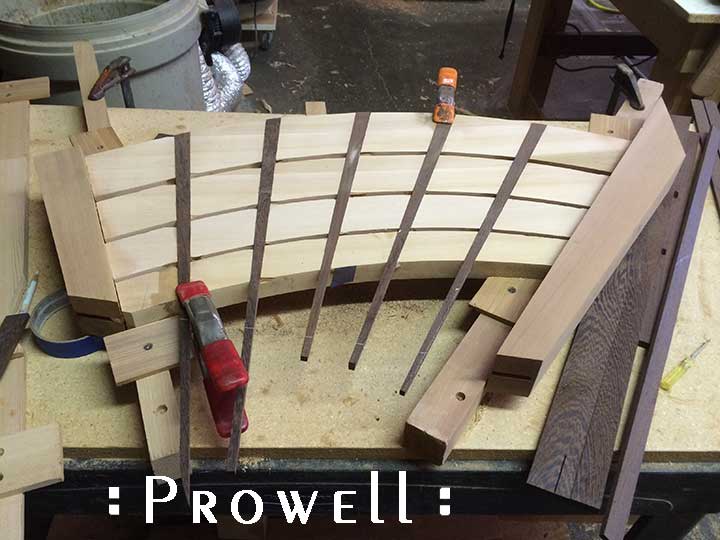 Having succeeded in securing Charles’ focused attention, Upper goes a step further. A sweet-talking, condescending maneuver that leads this once pubescent Upper into it’s own maturity. Five focal points helping to draw our balancing eye up from the yellow brick road. insisting our eyes take notice. 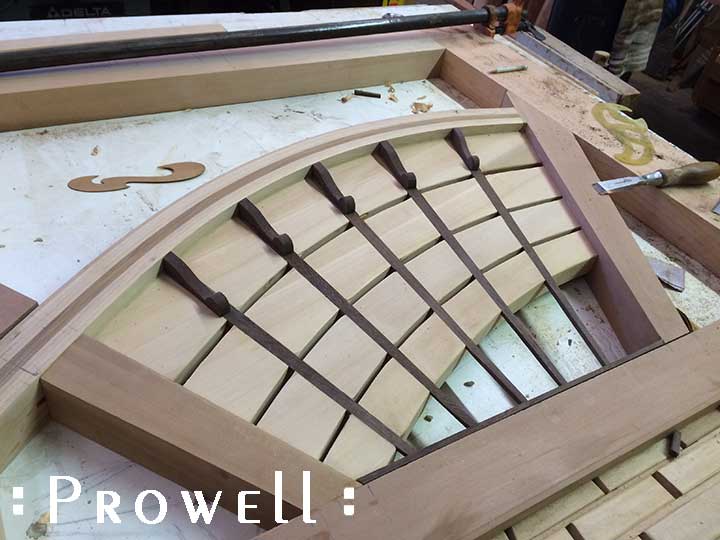 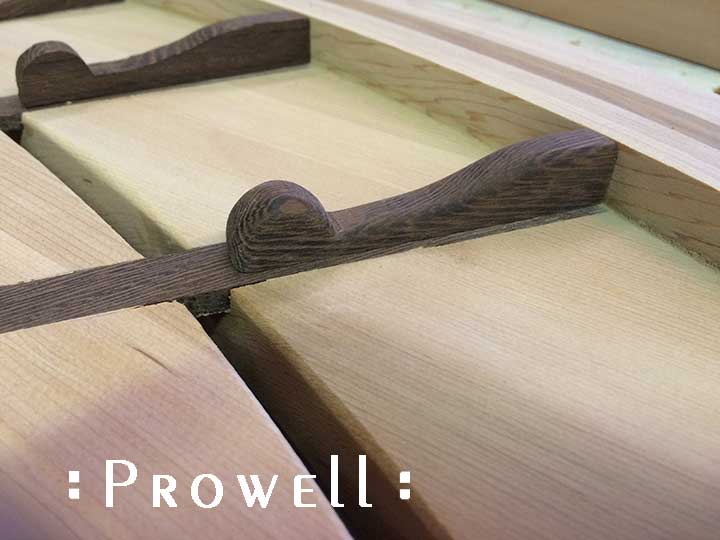 At this juncture, the visual alliance of Upper and Lower are near equals, and any further personalities in the mix can be realized as a mistake. We have established what the common eye can digest a a glance. 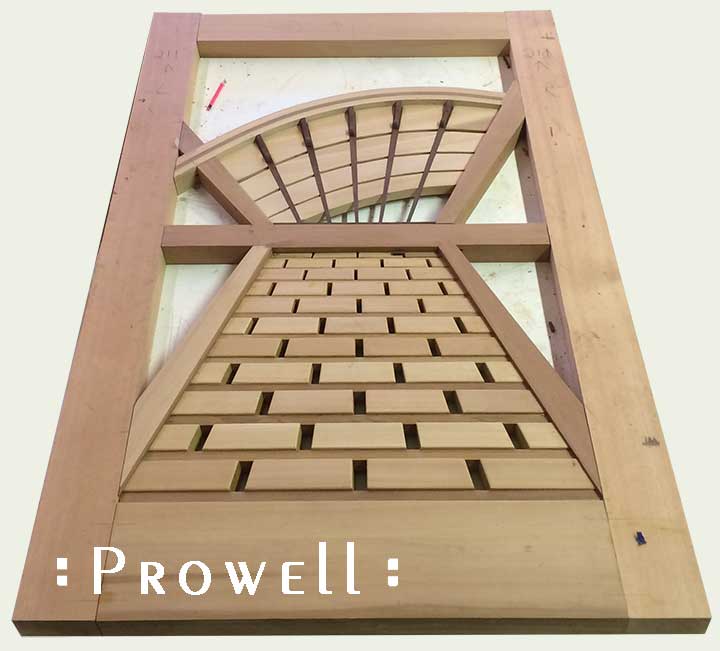 As a mimicking feature to the Upper’s wenge spokes, the Top Panel receives a similar identity. A sibling’s kinship, as each of the boards ripped to a sunburst taper . 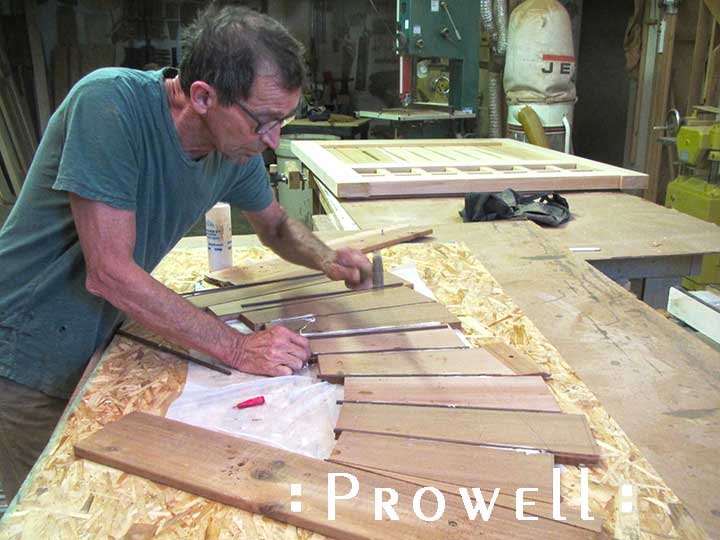