Thomas Jefferson’s Gates at the University of Virginia

As a Jeffersonian scholar, Charles made a pilgrimage in 2002 to what was the last challenge in Thomas Jefferson’s long life. The University of Virginia was to be an institution of higher learning, not affiliated with religion. Unlike Princeton, which by the way was founded by the Presbyterian William Tennant and to whom Charles is a direct descendant, the UVa curriculum was to be more closely aligned to Jefferson’s agnostic take on creation. But not only the curriculum: the architecture itself. Every building in the original ‘lawn’ campus, began on his drawing board. Down to the the smallest details, such as the 20 wood gates shown below. In his 80’s at the time, with a mind that simply could not stop.

The quote at the bottom:

“It is neither wealth nor splendor, but tranquility and occupation which give happiness” 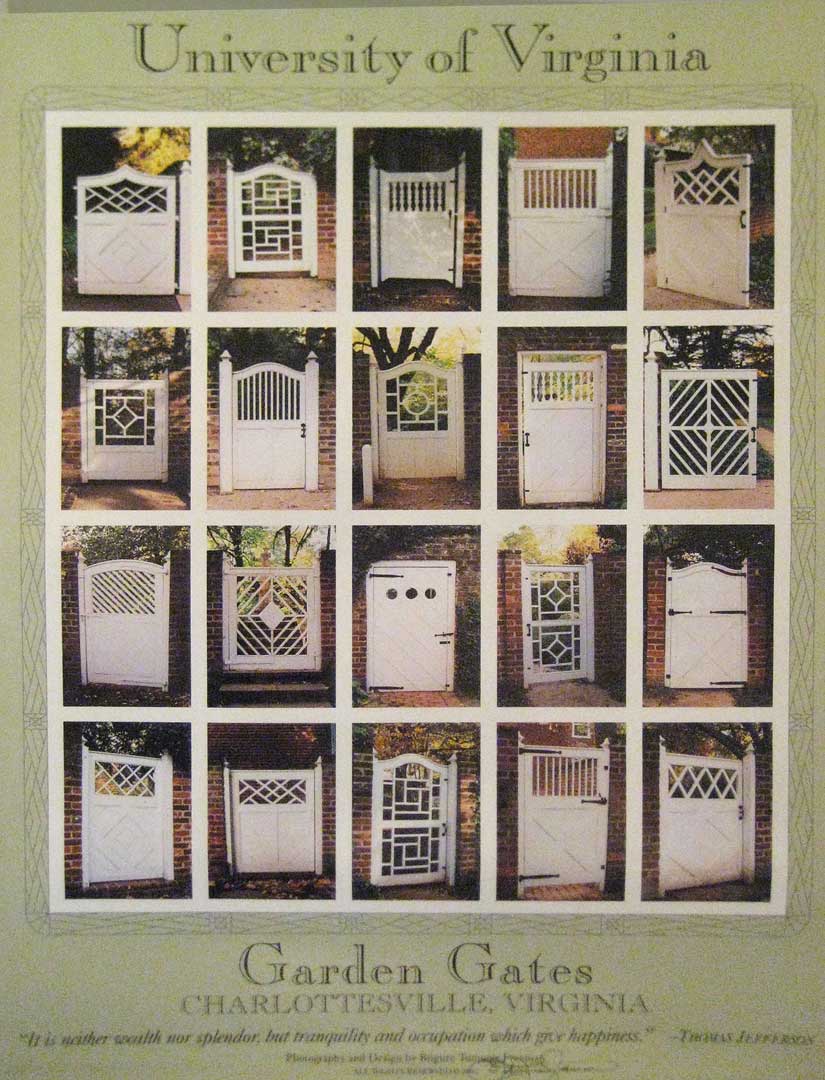